The 100% owned Lofty Range Project is strategically located 30km northwest of the Butcherbird Manganese Operation, in close proximity to infrastructure including the Great Northern Highway.

An initial field assessment including mapping and sampling has confirmed outcropping manganese mineralisation.

There has been limited exploration work undertaken by previous explorers for sediment hosted supergene manganese mineralisation within E52/3897. The geology of the Lofty Range project contains the same stratigraphy as the Butcherbird deposit owned by Element 25 (ASX:E25) located on the east side of the Neds Gap Fault array.

Further field work is planned to confirm shale hosted manganese and will include detailed mapping and rock chip sampling. These activities will assist in identifying zones of manganese enrichment so geophysical surveys can be planned prior to follow up RAB/AC and RC drill programs. 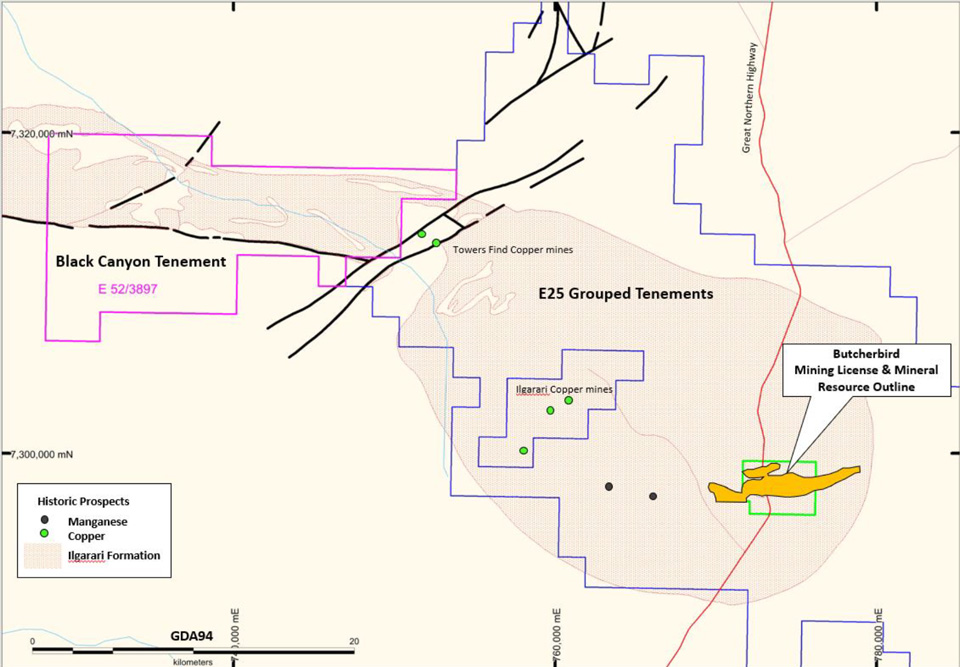 Location of the Lofty Range tenement