The Oakover East Project is located ~10km east of the Company’s Oakover West Project in the Pilbara region of Western Australia.

The project consists of both 100% owned and Carawine JV tenure and is prospective for manganese and copper.

Previous exploration on the Oakover East tenements has concentrated on extensive outcropping manganese at Fig Tree and copper mineralisation at the Enacheddong prospect, also known as the Bocrabee. Lag sampling by CRA at the Xmas prospect has identified a another 3km x 0.75km cobalt (+ manganese) anomaly, 18km south of Bocrabee. 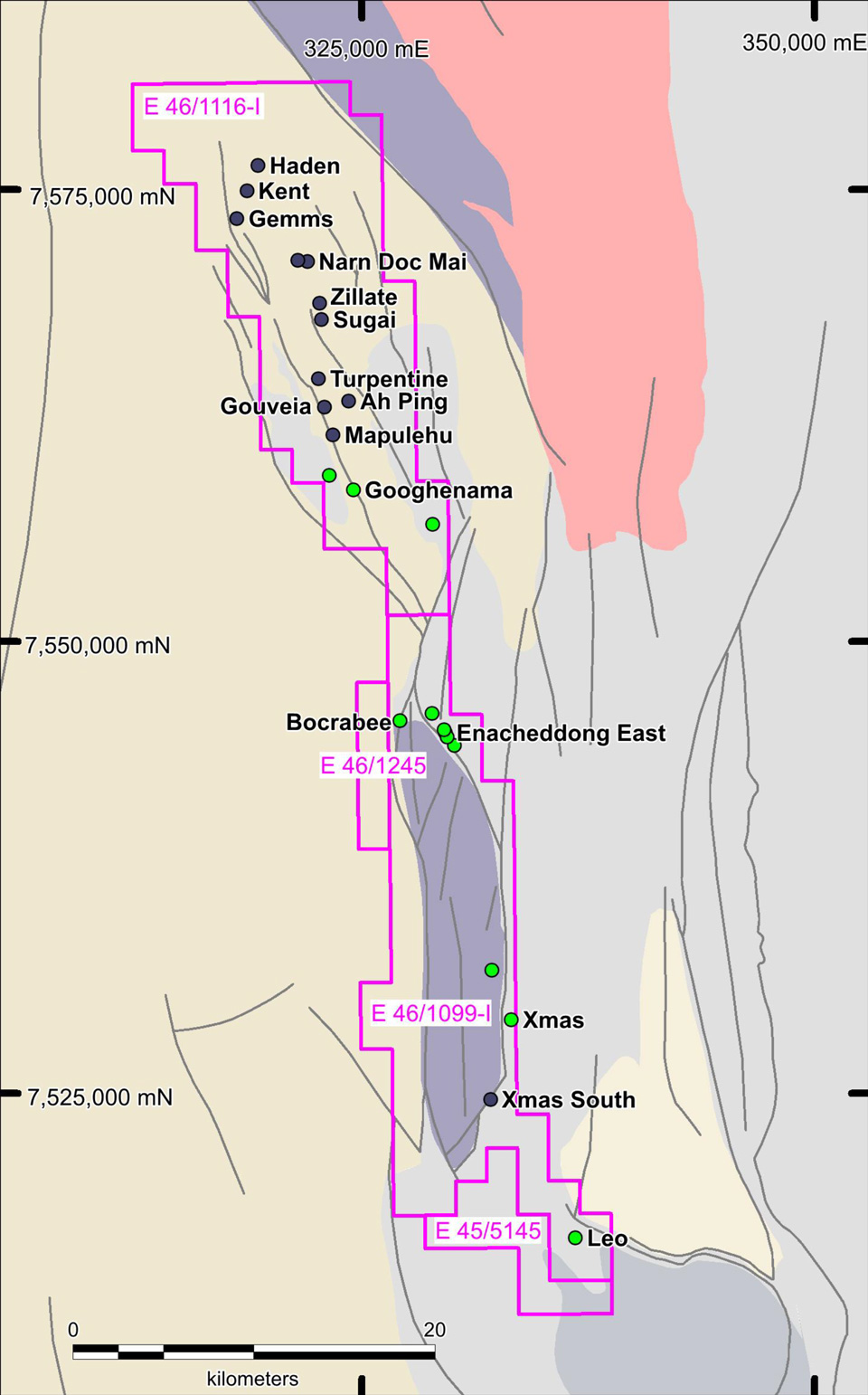